Has anyone else ever wondered why a jug of windshield washer fluid has about *thiiiiiiiiiiiiiiiiiiiiiiiiiis* much too much liquid in it based on the size of the reservoir? Now, being human, procrastination is deep seeded in my veins, which means that I usually remember to put in washer fluid right about the time I hear that horrible dry pumping whir coming from under the hood when I pull on the lever.  I then purposely drive near puddles in an attempt to clean my windscreen until I get to a gas station and purchase some overpriced stuff; despite the fact that I remembered to stock up the last time Canadian Tire had a sale on the stuff and it's sitting in my garage

Why is it not in my car you ask? Because inevitably it would have tipped on its side and leaked out all over the car, leaving a lingering stain and smell. Those caps SEEM resealable, but let me tell you, not so much, heck, even new ones have leaked in my car! So instead, I find myself, glaring at my car with about 1/8 of a jug of washer fluid in my hand, wondering who came up with this design anyway!? My solution? Well, if a frustrated Winnipegger ever thrusts you a bit of washer fluid at a gas station and tells you that you might as well use it, that might just be me.

'Tis also that time of year for spring cleaning, an annual (ok, I attempt for annual) tradition of going through the house, room by room and either cleaning or getting rid of crap previously cherished items. Well, this year as you and your friends and families conduct this laborious, time consuming cleansing ritual may I pass on a suggestion or two as to where you bring those unwanted items.

Ideally, one day, I'd like to compile an extremely comprehensive list to distribute the the masses, but here is my personal short list (feel free to add your suggestions in the comments). I have often offered to pick things up myself from friends just to keep it from going to Value Village. There are two main reasons for that, neither of which being a dislike for Big Brothers & Big Sisters or Canadian Diabetes (the charities that they support).

It is my understanding that Value Village essentially buys the donated goods from those two charities (different charities are supported in different regions) and then sells them - for profit. I have read (see this link, read down to the comments section - a reply by someone named Jeff Smail who claims to be a regional director for VV), but have never have been able to verify personally (as these things seem to be kept hush-hush) that they pay the charities by weight, which would make sense - they win some, they lose some. If in those donations are things that are broken, stained etc., VV can't sell them, they suck it up and take the loss. On the other hand, if you donate Grandma's entire estate to the Canadian Diabetes Foundation because she died of complications due to diabetes and you think that you are giving to a cause dear to her, you might not be doing as much good as you had hoped.  For example, lumped into Grandma's things was some costume jewellery that everyone in the family thought was hideous, but it turns out that it was a bunch of signed pieces that are worth hundreds of dollars.  So, Canadian Diabetes gets maybe a dollar (exact amount unknown, that's extra hush hush) and the large multi-national chain gets hundreds.


My second major dislike for VV is because of their prices. Seriously, $7.99 for a used Old Navy shirt? $12.99 for a pair of jeans that were originally from Giant Tiger?? They do know that this stuff isn't new right?? I remember back in the day when VV really was a good deal, now it seems as though if they recognize the brand it is instantly double the price of something without a label. Of course, I have gotten the odd deal there, even in recent years - I got an amazing coat that retails for $400 at boutiques like Cake and October (I saw one of the brand once at Winners and it was still $289!) for $34.99 and it was only a year old (Google knows everything). Clearly it was because it was an obscure brand that I lucked out. So sure, it's handy to bring your stuff to VV, they have long hours and through their "partner" organizations they will even pick up but that warm fuzzy feeling that you're getting from the donation is akin to feeling loved during a one night stand.

If you would like to feel a little less cheap and dirty after your spring clean out, here's my shortlist and a little blurb/link as to what they'll do with the proceeds (if any):
M.C.C (Mennonite Central Committee): Beside all of the work that their thrift stores support, I would in particular direct you to the store on Selkirk Ave - as I believe all of their stores are, it's staffed almost entirely by volunteers who put things at a price point that makes it very affordable for some of Winnipeg's most disadvantaged families.  In particular at the moment they could use some nicer furniture, bric-a-brac and housewares. Go to 511 Selkirk Ave or call 204-586-2527 - They may be able to pick up.
Goodwill Industries - Furniture/Clothing/Housewares - Locations on Portage Ave (near Unicity), Regent Ave (past Plessis), Downtown (Princess St.), Pembina Highway (near Tony Roma's) and St. Annes (just south of Fermor).
Salvation Army -Furniture/Clothing/Housewares - Various locations, personally not a huge fan of giving there due to their fairly high prices. Yeah, it likely goes to a good cause but they could help more people by having lower prices and helping those folks clothe themselves even cheaper. Plus, I'm pretty sure in our over-consuming society they are hardly likely to run out of clothes to sell.
Andrews St. Family Centre (clothing), North Point Douglas Women's Centre (clothing),  Oyate Tipi (clothing/furniture/housewares) - some of the many organizations in the North End that have a clothing room where people can get items they need. Of course, if you have mens clothing both Main St. Project and Siloam Mission would probably appreciate them the most.

A special shout out if you have a recent female grad or maybe even past bridesmaid - Gowns for Grads doesn't seem to have any details available about the program yet for this year, but I imagine a phone call or two could help you find those frocks a fantastic new home. 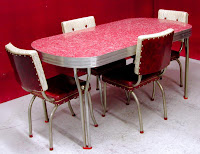 So, go on, start sniffing the Pine-Sol and bring that stuff down to somewhere where it can do some good! Oh, but if what you were getting rid of includes old arborite kitchen tables or furniture made of fiberglass or acrylic maybe send me a message first... I'll take it off your hands :)

Posted by Winnipeg Girl at 7:00 AM