You may not know it, but the simple port-a-potty can almost complete sum up why you don't need to automatically be afraid of the North End.

Last week the City started some sort of project on the street next to my house. Despite the fact that in stereotypical fashion there seemed to be one worker for every three guys standing around supervisor, and that actual hours worked didn't seem to be too many, they brought in a port-a-potty, or port-a-john if you prefer (port-a-loo if you're British!) 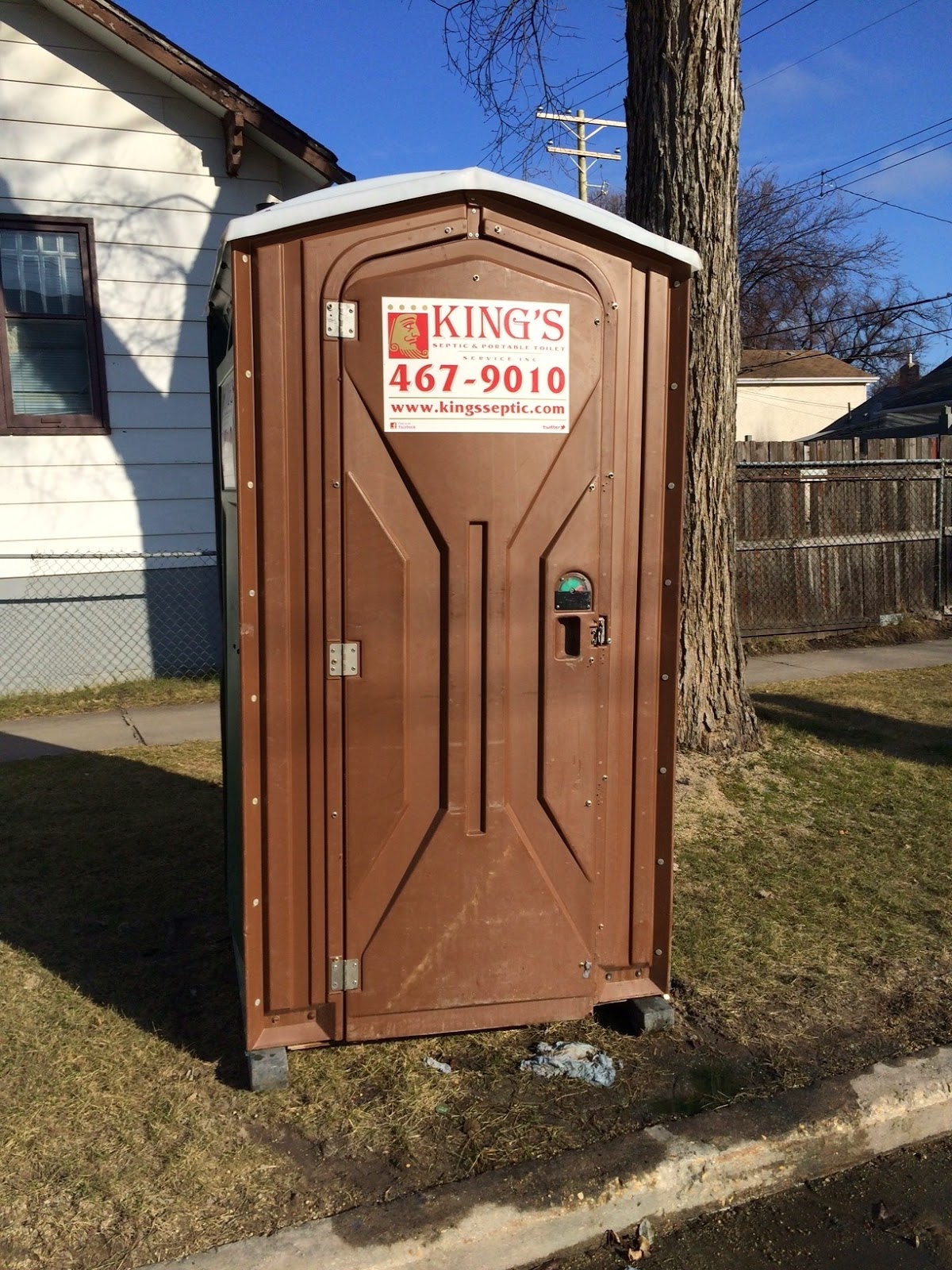 And then they left it there.

All week and weekend.

Now, much of the bad stuff that happens here in the North End is the result of teenagers with not much else to do. Arguably, some of that could be fixed with increased funding to recreation programs, family programs, housing allowances (so that they actually have a space of their own wherever they are living - nothing says get me out of the house like sharing a bedroom with your siblings!) and on and on and on.

Of course, sometimes, teenagers are just going to get up to no good because that's what teenagers do. As I've mentioned before, I grew up in a relatively privileged part of town, so much so that new McMansions were built in a former deer-filled meadow across the street from me.

With construction workers on site for months at a time, they needed somewhere to relieve themselves. Enter the port-a-potty.

Watch the bored suburban teenagers burn it down. I did. My bedroom window had a perfect view of it.

Goodness knows this wasn't the only act of vandalism that happened while I grew up in the 'burbs, but to this day I can't see a port-a-potty without thinking of the pile of melted plastic and uh, other stuff, that it turned into.

Moral of the story? Bored, under-supervised youth get into trouble in every part of town; it just doesn't always make the news. Much of what happens here in the North End is "typical" bored teenager stuff, not quake-in-your-boots-lock-your-car-doors-when-driving-through sort of stuff.

*Note - the port-a-potty was gone this morning, and not because anyone burned it down, tipped it over etc. We will chalk that one up in the "win" column :)
Posted by Winnipeg Girl at 9:11 AM